Before break, 11 high school students got the chance to participate in the Iowa High School Mock Trial competition, sponsored by the Iowa State Bar Association. This was the first time in over 15 years that North Polk has participated in this competition. 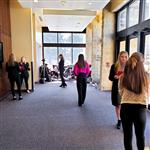 Students are scored on their believability and presentation as a witness or their legal prowess (in some combination of) giving an opening statement, directing and/or crossing a witness, objecting to various scenarios with sound arguments, and giving a closing argument.  Of the team members, only one had prior experience in mock trials (in middle school), so this was a new learning opportunity for almost everyone.

The team presented the defense of a triple murder case in the morning against a tough Metro area team. They were able to prove too many theories existed to prove murder beyond reasonable doubt, and the defendant was found not guilty.

In the afternoon, they presented the prosecution side of the case against another Metro area school.  Unfortunately, they were not able to guarantee the conviction beyond a reasonable doubt, but were able to tie in the scoring.

The team was coached by Mrs. Jessica Trier and said, "While we had a lot of fun while practicing and learning about the case and procedure, we are looking forward to next year already."

We look forward to developing this in the future. Great work Mock Trial Team! 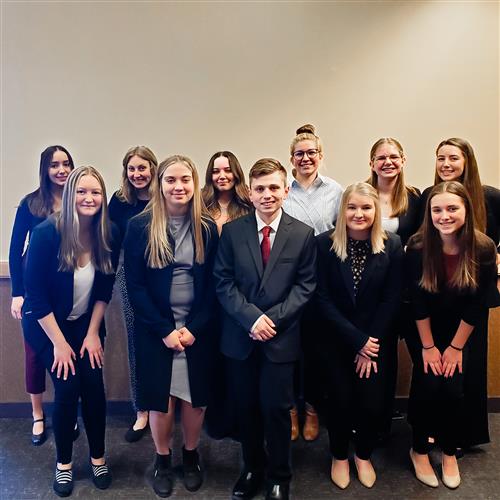